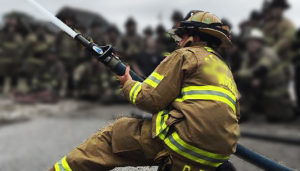 er the history we have seen many great war time leaders; George S. Patton, Dwight D. Eisenhower, and Ulysses S. Grant to name a few. Every one of them would have the same answer to this question. Is status quo accepted? I guarantee the three of them would say no! Every one of them would say that status quo means nothing on the battle field. If you’re not advancing you’re losing the war. So where am I going with this? In the American fire service “status quo” or I should say “complacency” seems to be the industry standard no matter if you come from a volunteer or paid department, a little one station or a big city department. Too many firefighters from every rank seem to think that once they get a few years on the job or add a few bugles to the collar then the training/ learning stops. The new ideas don’t matter because the last fire they went to everything worked out (this time). Don’t let your progress be impeded by tradition. Just because you have always done it that way doesn’t make it right, it’s just all you know. If you never leave your comfort bubble then you will never progress to the next level. I assure you, someone somewhere is doing it better then you. It is up to you to go seek out that knowledge and bring it back to the men and women of your department.

It’s time for the few to take over the masses and start making a positive change to our own slice of the American fire service. Stop accepting the status quo, stop allowing others to sit by and collect a pension, stop letting people put on the recliner camouflage and get them on the drill grounds. If you don’t have dirt on your hands by 0900 hours, drop the remote and pick up a ladder! If you’re a company officer, don’t hide in the office; get out with the crew and show them skills that can save their lives. I’ve never seen paperwork save a life before, it can wait. If you’re a senior firefighter; show the probie how to become the senior firefighter. Some of the best leaders come from the bottom. If you don’t think the subordinates are watching you you’re fooling yourself. 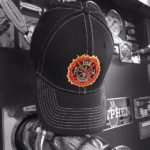 want to see change then you have to live change. We can say we want change until we are blue in the face but until we act on it, it will never happen. It’s time to raise the bar and start making firefighters accountable to themselves, the crew, the shift, the department, and most importantly the community. As company officers or chief officers; what we let happen in front of us is our standard. If we allow the crews to come in and eat breakfast, watch tv, and read the paper before they even check out the trucks then we have missed the mark, we are allowing firefighters to be reactive and not proactive. Are you going to do what’s easy or what’s right?

A quote from George S. Patton “A pint of sweat will save a gallon of blood.” Now none of this means a thing without action. We can talk a big game but until we put in the time to get better, we will never be better. A movement has never started without that first step. Be that person and make that positive change to this great profession.

-Chris
All In Fire